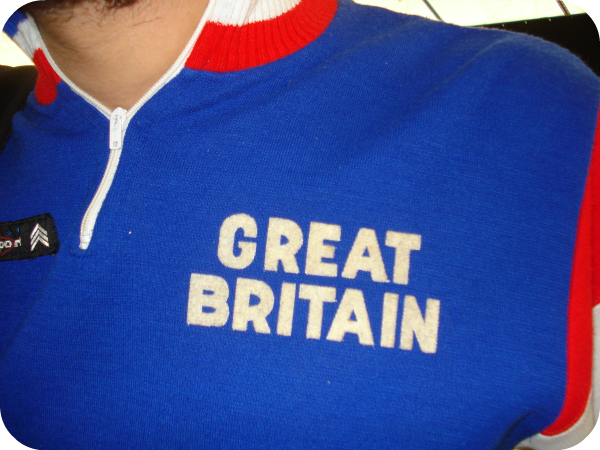 MozzyMr and I went on an Olympic adventure to see some gymnastics.  MozzyMr wore is retro GB jumper and almost everyone was dressed to support Team GB.  Being short on retro GB clothing and reluctant to buy a plastic Union Flag bowler hat I went for the more subdued Olympic ring wrist bands. 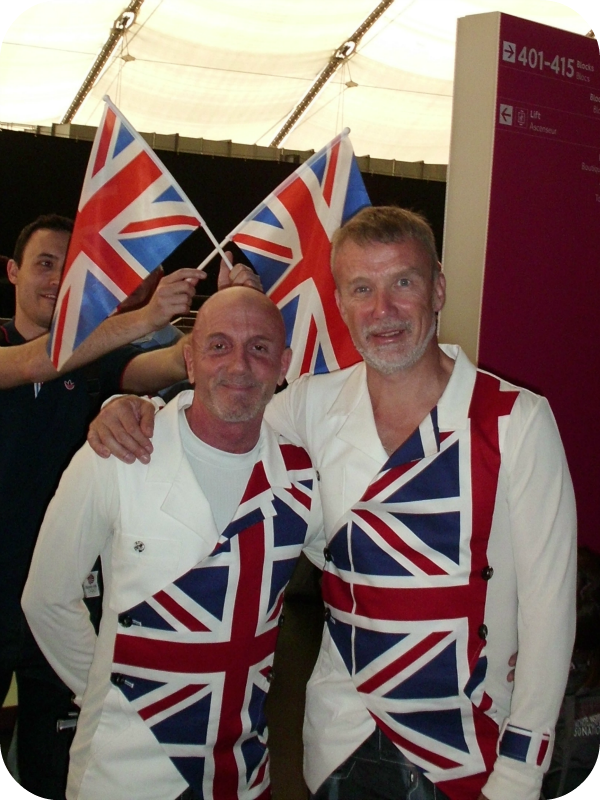 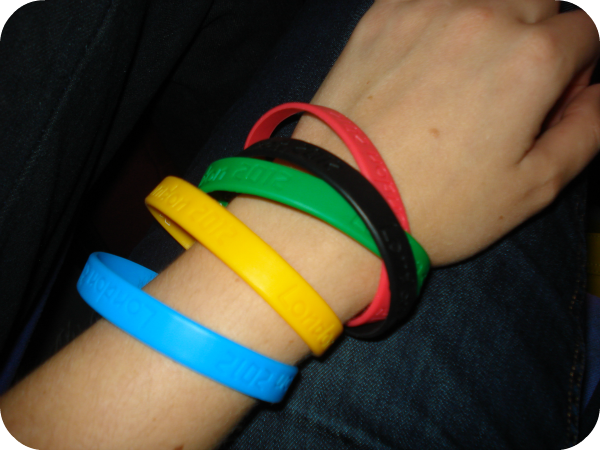 Our view wasn't too bad, we hadn't purchased the cheapest seats but they weren't too expensive either. Three rows in front of us and they had cup holders, made me wonder how much you had to pay to get a cup holder? 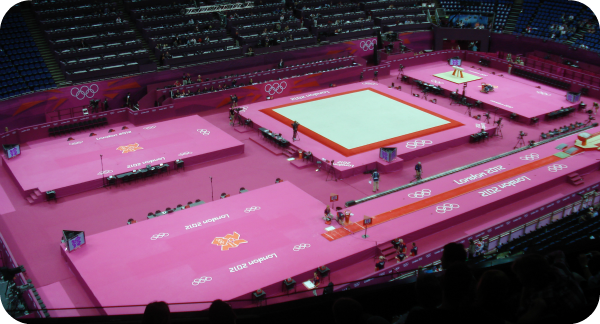 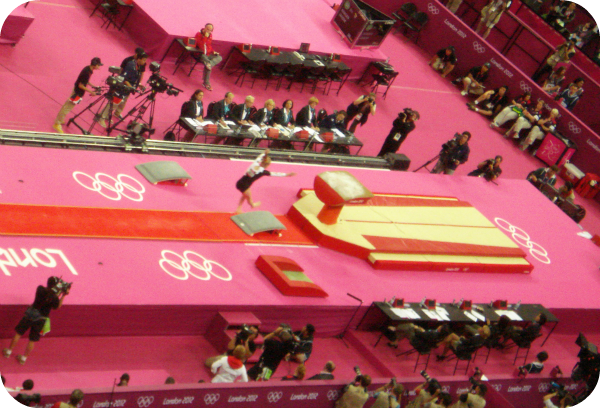 We saw Louis Smith and Max Whitlock win silver and bronze on the pommel horse... 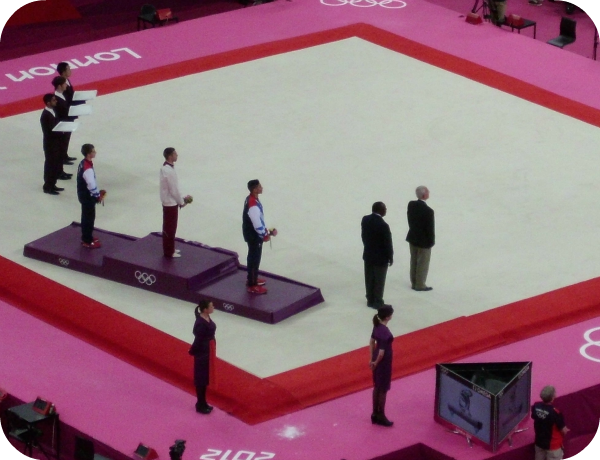 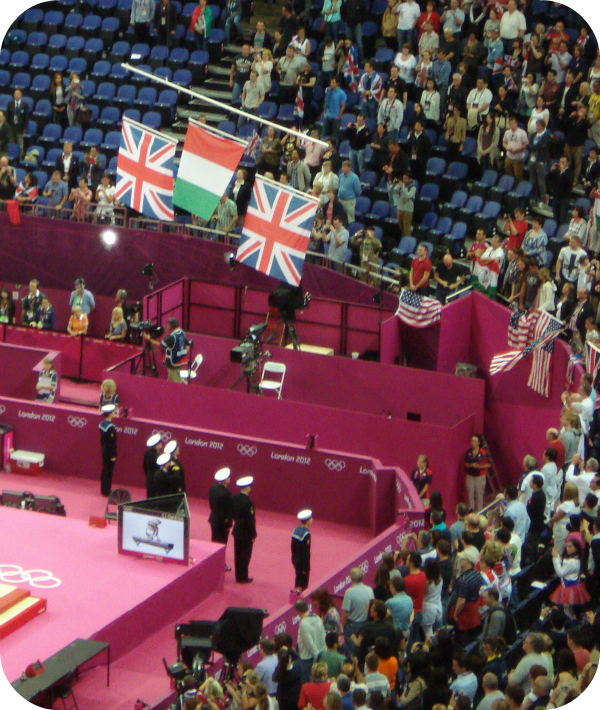 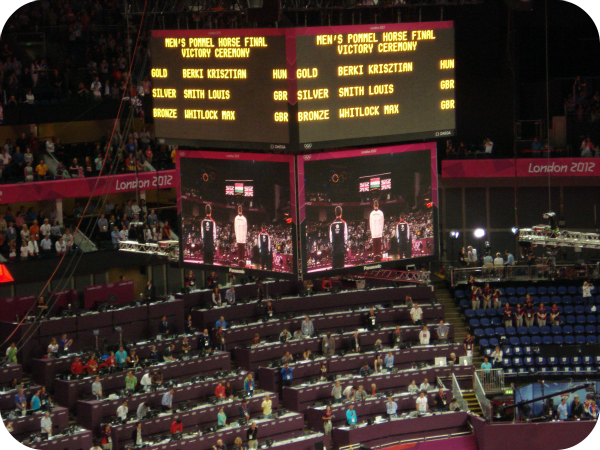 Then joined the masses towards the Olympic Park to meet a friend of mine who is volunteering. 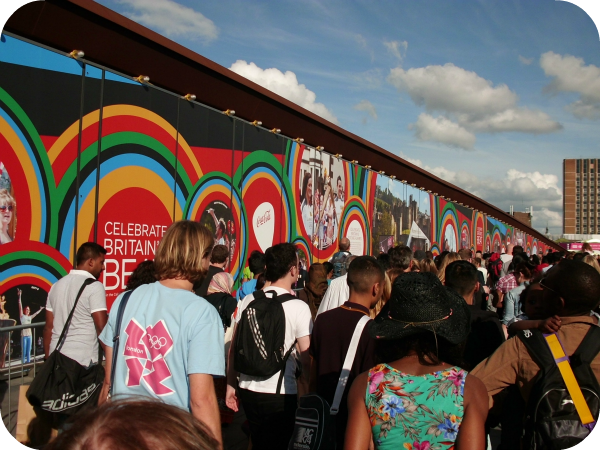 Almost made me think about moving to London.  Almost.