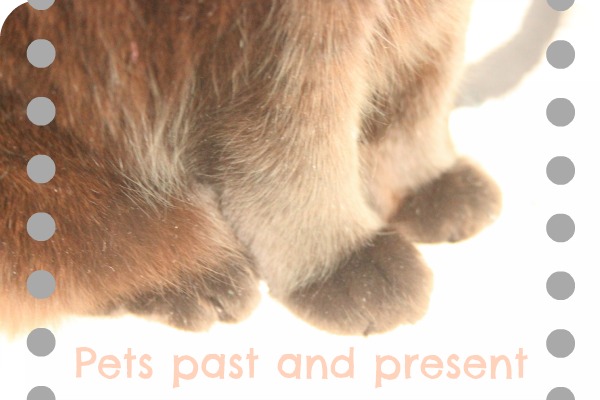 My first pet!  I can't have been very old when I owned Bumpkin because it (he?) was supposed to be called Pumpkin but I couldn't pronounce Pumpkin properly so Bumpkin it was!

Eddie had a partner in crime but he died fairly early on and I can't remember it's name (I loved it so much).  Eddie was great he lasted 8 years and used to catch bubbles in his mouth, he'd then swim to the bottom of his bowl let the bubble go and dart to the surface and catch it again.  I'm not entirely sure if he was entertaining himself or was just a little bit daft?

This was actually a present to MozzyMr one Valentine's day but I took care of him too so I think I can count him in this list?  Chief's tank lived in the kitchen, when you were cooking or washing up he'd float in the corner of his tank closest to you and watch.  He died at 8 years old as well, we  woke early the morning afterwards popped him in a plastic bag and took him to a nice river so he could have a more dignified 'burial' than just flushing him down the bog.

Also known as Pigga, Wigglet, Wiggy-woo, Lady Chubbington, Pudding Head, Chairman Meow... I could go on we had millions of names for the little beast.  She was my first cat, a rescue cat.  She was lovely, but difficult as well, when we got her she was 3 years old and had her issues which never really went away but we loved her a lot and she was funny and affectionate (at times) she died last May and we miss her but we had 9 years with her and hopefully she enjoyed her time with us.

Our current pet.  Mewster is awesome, she's so daft, but so affectionate and a real joy to live with even if she does bat you in the face when you're trying to sleep.  She loves knocking things of tables and does a good impression of a squirrel when she bobs about on her hind legs.  She isn't a huge fan of going outside but when she does she transfers muddy paw prints across everything.