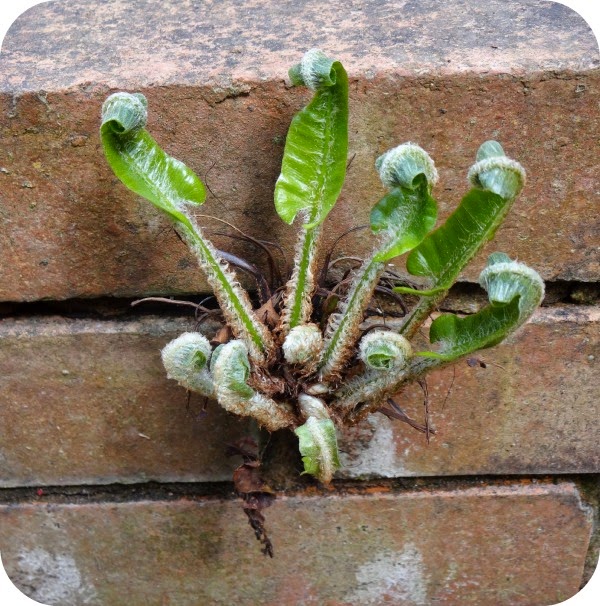 For the first two or three years of living where we do I paid little attention to our little back garden except for putting washing out on the line or hacking at the hideous Russian vine that would threaten to overtake the whole patch.  But as I became more interested in the allotment and growing veg my general interest in gardening developed. We got rid of the vine and the pointless pond and paid attention to the amount of light the garden got, where the shady bits were, which plants naturally seeded in the garden and flourished.

It's not a South facing garden but it does get light from about 10am - 3pm each day, ferns and foxgloves do well and it's at this time of year that I love watching the ferns uncurl.  Ferns are so jurassic, the leaves uncurl from egg like pods and develop vivid, vivid green foliage which sway in the breeze.  I love them and have been adding more to the garden year on year.  In the morning I stand bleary eyed at the kitchen window and check how far the leaves have uncurled and what shade of green they are that day. 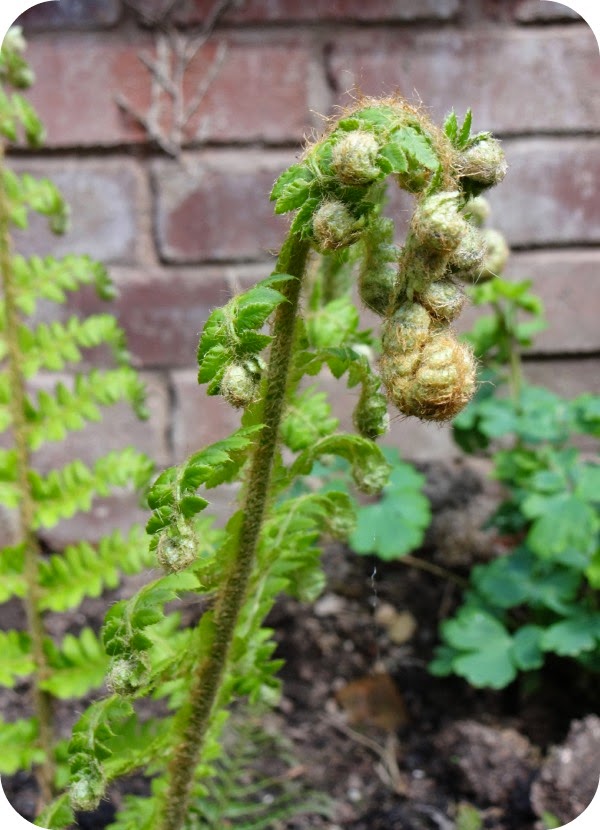 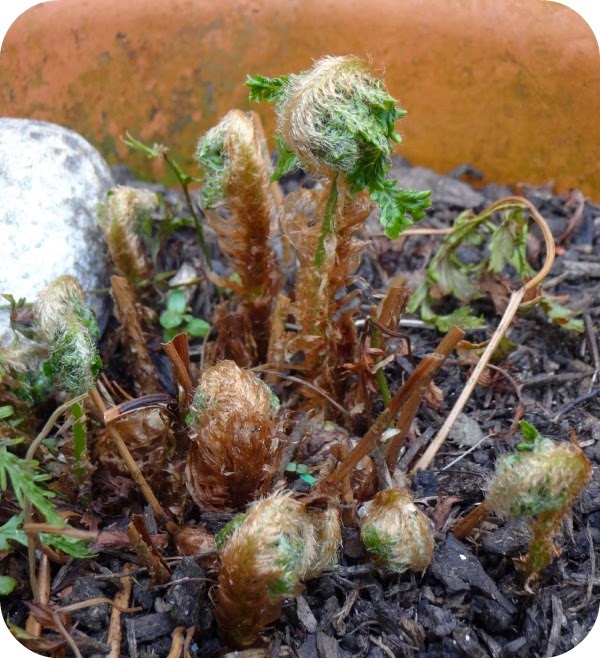 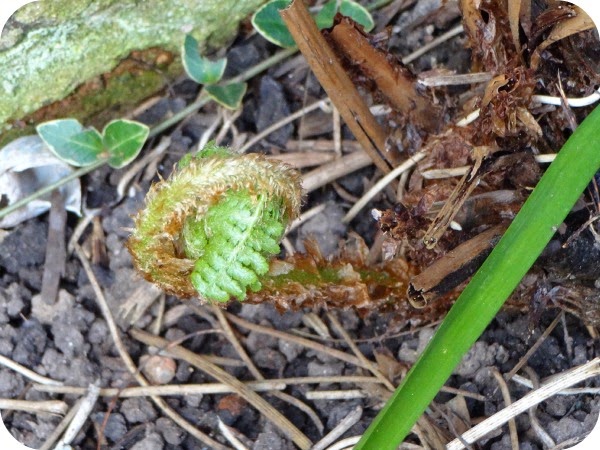