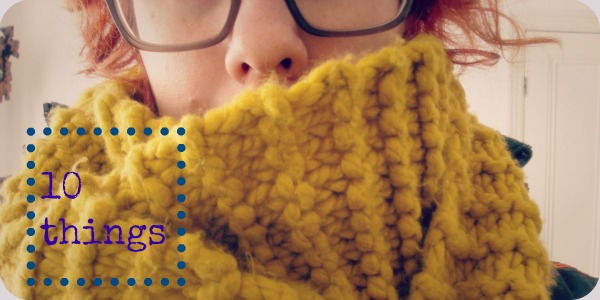 MozzyMr and I have been in something of a January slump.  All this cold, wet weather has turned us into home bodies these last few weeks so there hasn't been much to blog about, so to get back into the blogging swing of things I thought I would compile a '10 things' post.  The following are 10 things you might not know about me...

1. I'm scared of slugs, snails and mould.  I'd rather be in a room full of rats than a room full of slugs *blurgh*.  Oh and I apologise to worms if I accidentally step on them.


2. I love, love, love a proper cup of coffee in the morning but it sends me absolutely doolaly, proper ants in pants running around the house type behaviour.

3. Wellies are my footwear of choice, wearing wellies means I'm either on the allotment, walking along a beach out of season, or I'm stomping my way through mud.  All of these things are just fine by me.

4. Coconut is the food of the devil, you will not change my mind on this, please do not try to.

5. I have a crochet blanket and two hot water bottles in my desk drawer at work.  What can I say?  I just don't like being cold!

6. I'm a worrier, I'll worry about anything and everything.  I have been known to worry about other people's problems on their behalf.  I wish I didn't worry so much if nothing else worrying is quite boring.

7. I would like to own a pet sheep, I would call her Betty.

8. I have an irrational hatred of Carol Voderman.

10. I believe words such as 'happenstance' and 'minimalistic' are just wrong and should be removed from the dictionary immediately.

So yeah, I'm a country girl through and through but visiting London is always a thrill and it inspires some of the best art and craft, here is my selection of London treats for you to feast your eyes upon!

So what do you do when you were paid early in December and it's the last weekend before pay day?  A little bit of this...


All in all a cheap and creative weekend, looking forward to pay day and a night out on Friday :) 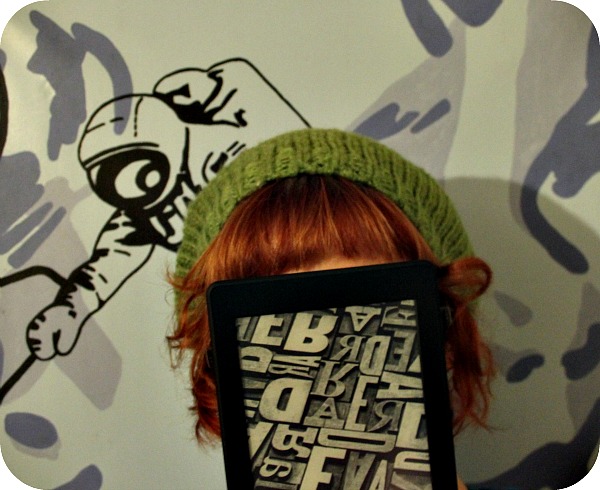 Poor neglected blog, I've had the back to work blues and haven't been very inspired to post.  But I'm going to pick up a month of reading from where I last left it here, which you will see is a little over a month so there are quite a few reviews here.  I hope you enjoy, and as ever if you have any good books to recommend then please do I'm always looking for new things to read!

1. Moon Over Soho by Ben Aaronovitch

This is the second in Aaronovitch's Peter Grant series and follows Rivers of London which I absolutely loved.  This is another stonking read and I really enjoyed it, I found it a little harder to follow than Rivers of London but I wouldn't let that put you off reading it.  Moon Over Soho picks up the story of policeman Perter Grant who is finding his feet in a world of magic goings on across London (I know! I know!  It sounds a bit bobbins but it's not as naff as it sounds).  With healthy people seemingly just dropping dead around London the story focuses on the jazz scene in Soho and is a complete page turner!

If you've read my month of reading posts for any length of time you'll know that when I like an author I go completely over the top and read everything they've written one after the other, and Aaronovitch's books are no different!  I like them because they are so different to the magic/fantasy books out there that seem to take themselves far too seriously with their infallible heroes.  Whispers Underground has some amazing tense moments where you can't read the pages quickly enough to find out what happens,  shit happens to the characters that won't be miraculously fixed (I'm looking at you Downton Abbey) and the stories deal with the consequences of these things and how the characters deal with it.  I would thoroughly recommend this series and from a quick peek on Fantastic Fiction it would appear Aaronovitch has a fourth book coming out in June *squee*.

3. The Unicorn Crisis by Jon Rosenberg

So I faced the usual 'just read a great book NOW what do I read' problem, the Kindle recommend this.  I know you shouldn't judge a book by it's cover but I did, it was rubbish.  However I got over myself and gave it a go, it took a couple of chapters for me to get into it simply because I kept thinking this book was going to be a poor man's Peter Grant series.  Whilst it is similar (magic, investigations, bad un's doing bad things) it was still a fantastic read.  In places utterly daft, but that's a reason to love it more!  The Unicorn Crisis follows custodian of the Midlands David Ash who is investigating summonings of vicious unicorns and flying monkeys amongst other things and has to find out who is creating these beasts and to stop them.  Throw into the mix an evil imp called Puck from fairy and you're on to a winner.  Don't have your serious literary head or you're I'm too hipster to read anything that doesn't make me look like an intellectual head on when you decide to read this book or not because it's good, you'll like it.  Honest.

4. The Digital Wolf by Jon Rosenberg

Sensing a theme developing?  If I haven't persuaded you to read The Unicorn Crisis I doubt I can persuade you to read this, book two of the series.  Just as good as the first and a real page turner, plus these books are great escape or relaxation reads you can just sit back and enjoy them, they're not try hard at all!

5. Pantheon of the Dead by Jon Rosenberg

Hey, it's January I've clearly lacked imagination with my reading so far this year but I don't care!  Pantheon of the Dead is the third book in the David Ash series but Rosenberg has said he hopes to add to the series.... no news on that so far.  If I told you that in comparison to the previous two books which had unicorns, giant wolves, technologically advanced elves and flying monkeys, this book was daft you can get an idea of how daft this book is.  Still thoroughly enjoyable but when MozzyMr asked about it and I told him that Zeus, Bacchus, Homer, and Poseidon all make an appearance you can get an idea of how ridiculously awesome this book is.  I loved it! 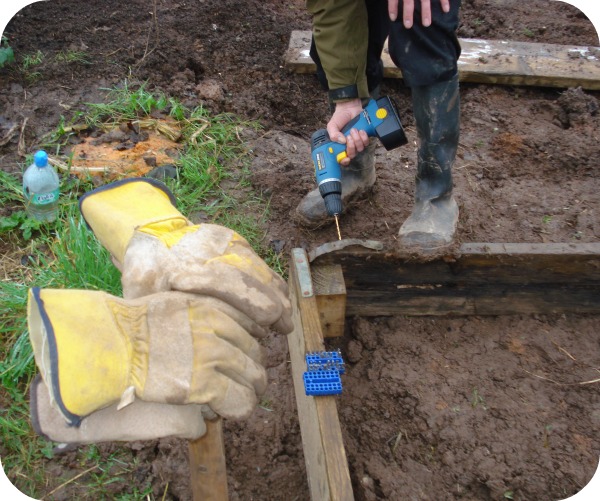 A busy weekend on the allotment with our extra quarter plot to clear and raised beds to build.  The extra quarter is COVERED in grass and weeds, the soil is sodden and so full of clay we could build pots with it.  It was hard going but we got about a third of it dug over. 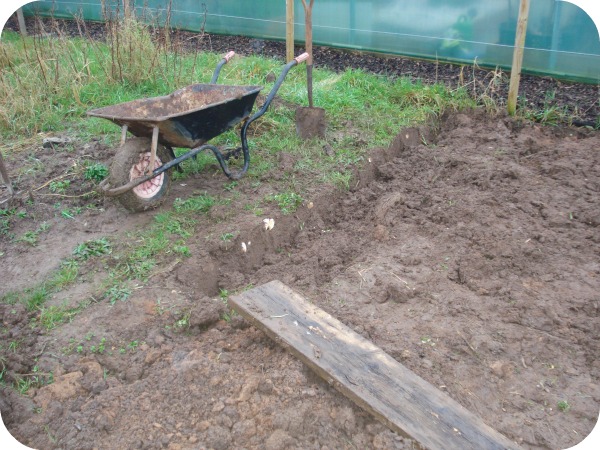 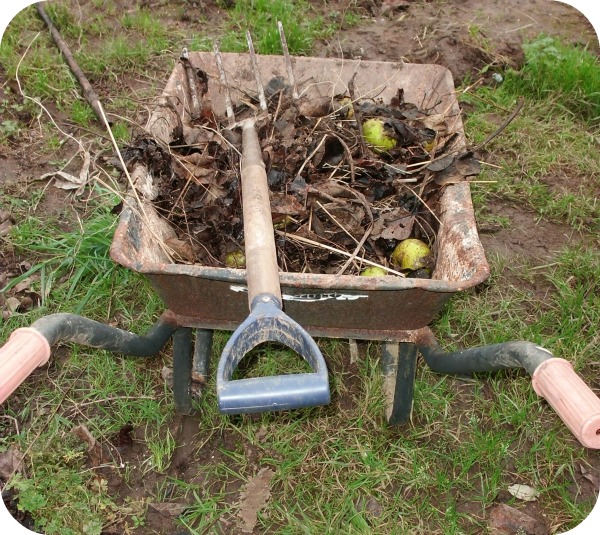 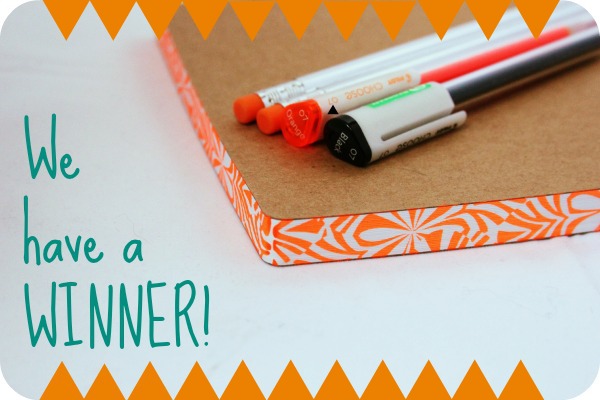 Thank you to everyone who entered the giveaway, using Random I am happy to announce that Dig The Outside is my New Year Giveaway winner!  Congratulations :) 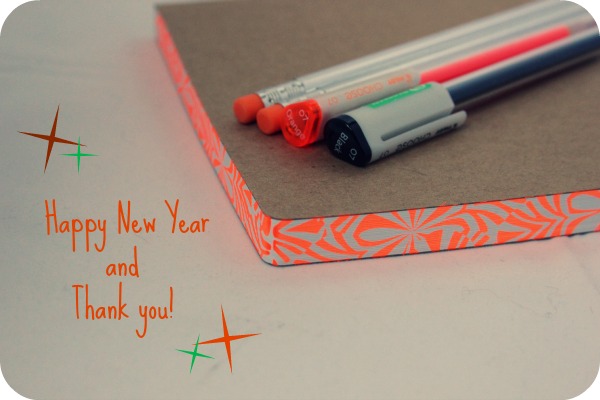 Last year one of my resolutions was to do more drawing, whilst there is always room for improvement I haven't done too badly and in 2013 I aim to keep that pencil moving across the page!

To welcome in 2013, to thank everyone who has read my ramblings on this little blog and to welcome new readers I am holding a giveaway to set one of you up with the basics to scribble, doodle, or write your way through 2013.  You could win a A5 plain page notepad, 2 pencils and 2 sketching pens!

Deadline for entries is Friday 4th January and I will draw a winner at random on Saturday 5th January!

Good luck everyone and I hope you all have a happy, healthy, fun, and generally fabulous 2013!

This giveaway is now closed, thank you to all who entered!