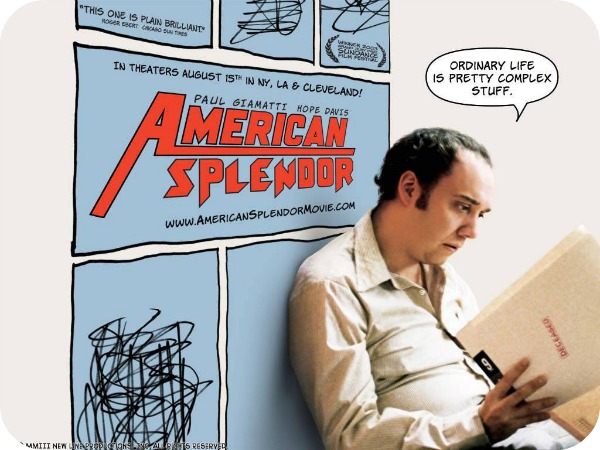 You might have noticed that 30 Days of Lists tailed off last week on this little blog.  There are a number of reasons for that including illness and general life irritants but mostly because they felt forced and I was bored of doing them.  So I stopped.  I'm taking the time to recover from this five day stomach bug (seriously I just want some food!) before I have to return to work later in the week.

Moving on... yesterday at the car boot sale MozzyMr bought American Splendor on DVD.  Based on the comics of Harvey Pekar it is the best film I have seen in SO long, as ever Paul Giamatti is awesome.  Not everyone will find it inspiring but I really did, and funny and has rocketed into my top 5 films ever.