Well hey there!  Today was a good day, today I joined over a thousand Exeter folk and marched against the EDL.  Not familiar with the EDL?  Lucky you.  The English Defence League claim to be against extreme Islamism, but sadly they promote racist, often very violent views and target any one who is not white and born in Britain.  Sigh.  So in the face of a group of people promoting a lot of hatred how was today a good day?  Well Exeter Together organised a counter march to show the EDL that Exeter is a welcoming, diverse city and it was great!  Over a thousand people marched through town and held a rally in the centre of the high street which was really well supported, colourful, lively and fun.  Well done Exeter folk, I was proud to count myself in. 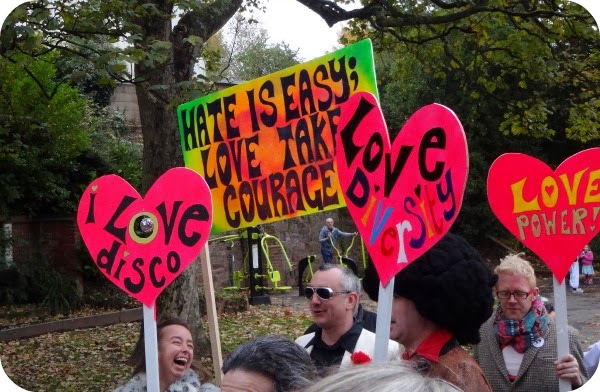 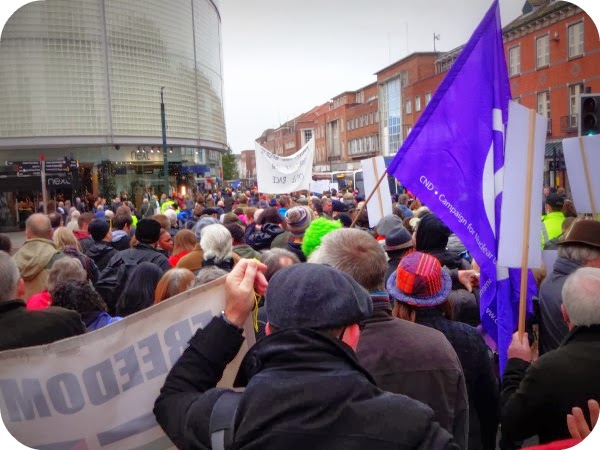