Devon Only Knows How We Weird Up The Olympic Torch Relay 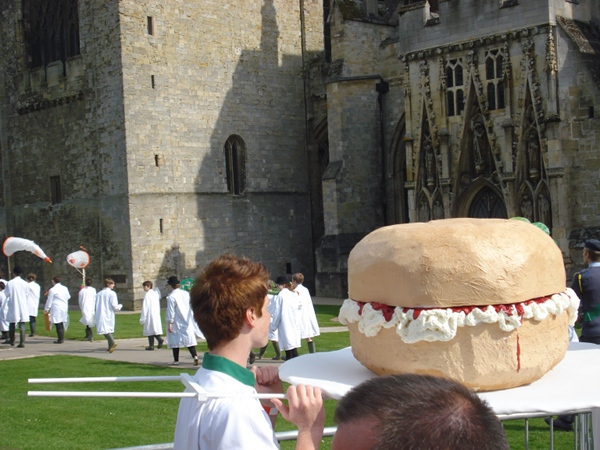 I
I've been meaning to write this post since last Sunday but some how life has just got in the way this week.  Anyway.  The Olympic Torch came to Exeter, and being Devon we decided to weird it up a notch or two....

We thought to ourselves, we'll do a parade!  We'll make a giant scone with cream and jam (cream first then jam, it's the Devon way). 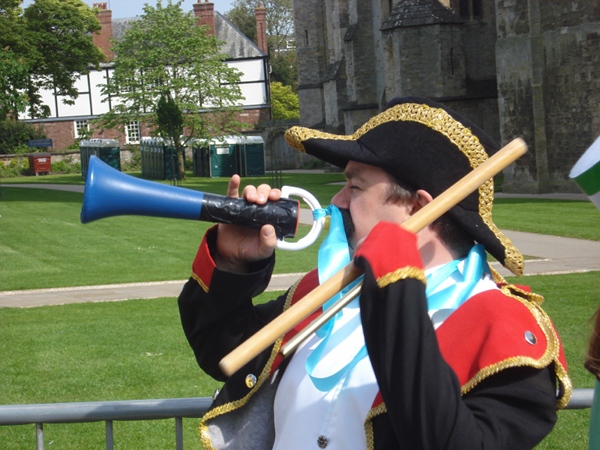 We'll have a man with a taped plastic bugle and a good hat, best give him a wooden stick. "But Why??",  "Who cares?!" we cried out! 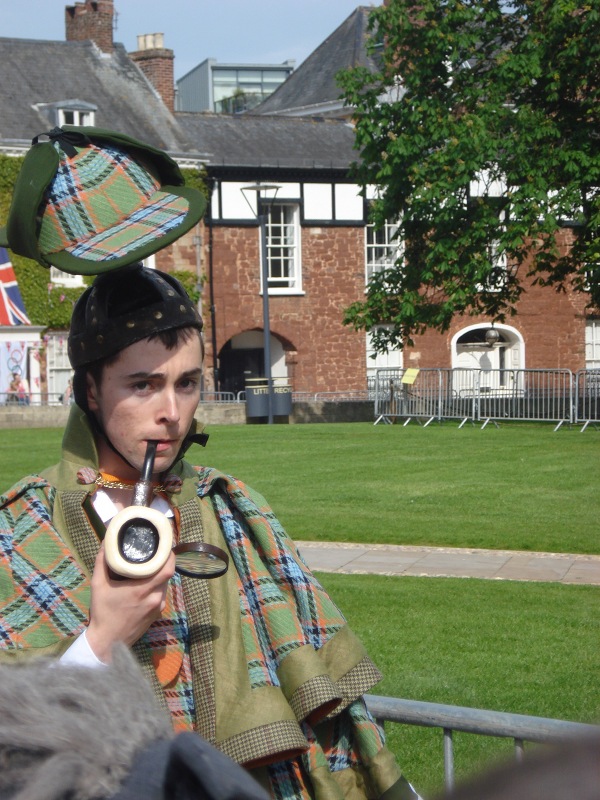 We should probably have someone dressed up as Sherlock Holmes, you know just in case... 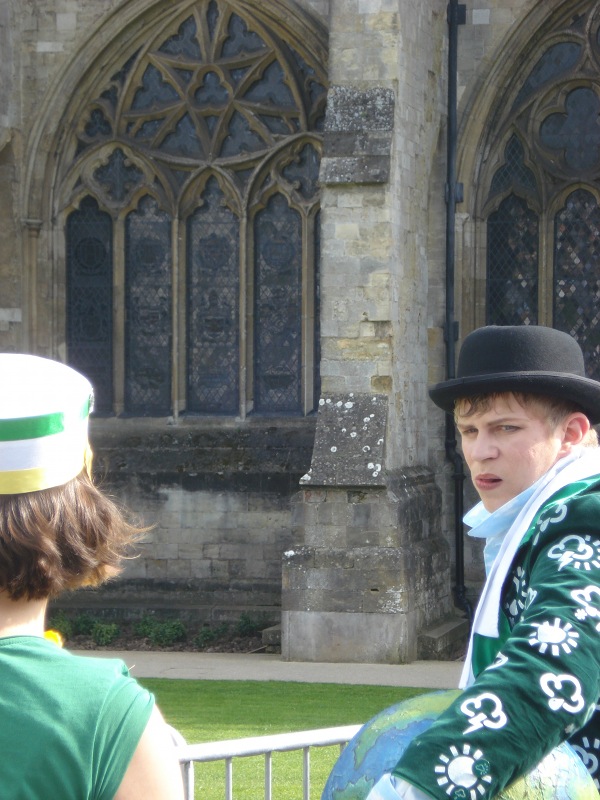 "But who will represent the Met Office?", don't worry we have a man with a jacket that is just right for the occasion, and if I'm not mistaken he also has a beach ball that looks like the world.  "Does he look surly?", he sure does! 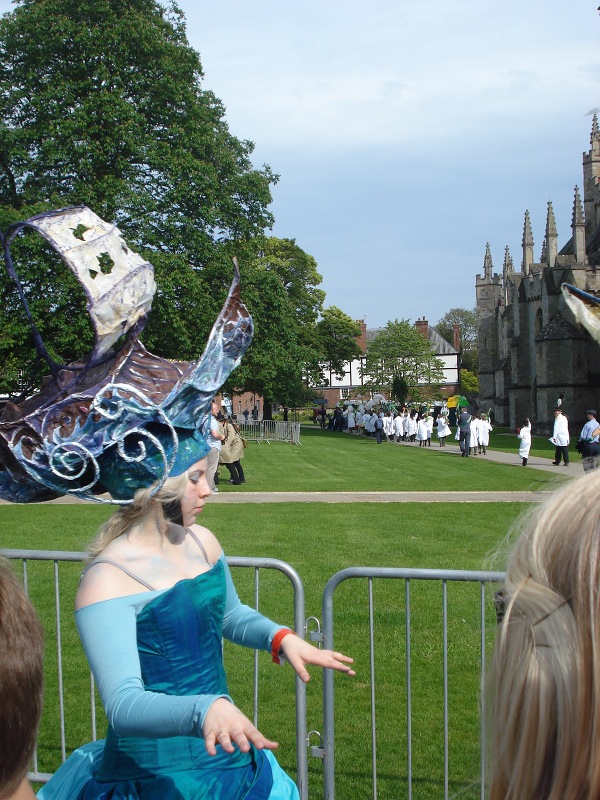 "What about boat hats?  Weymouth is near by isn't it?", not only do we have boat hats we have girls doing INTERPRETIVE BOAT DANCES!  It's a serious business it takes a lot of concentration. 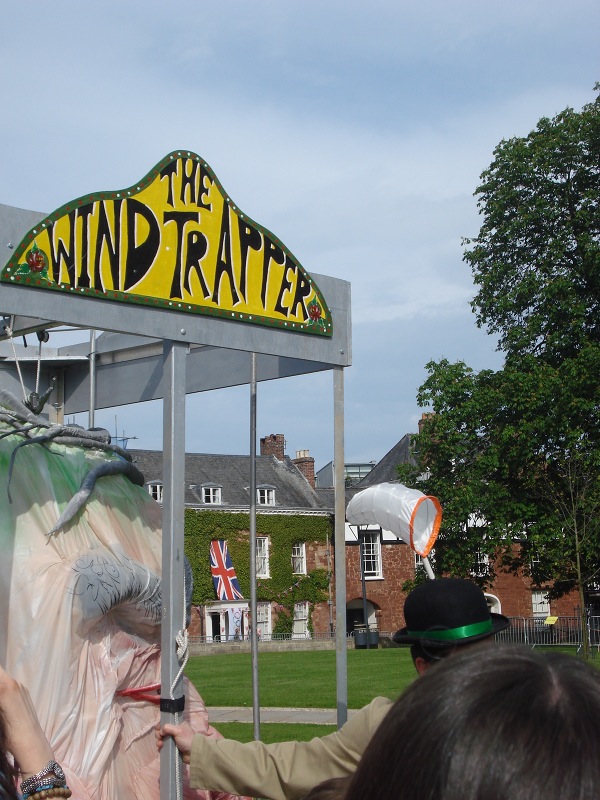 "The Wind Trapper?  There is no explaining that away is there?", no you're absolutely right I have no justification for this just pure unadulterated love and pride for it. 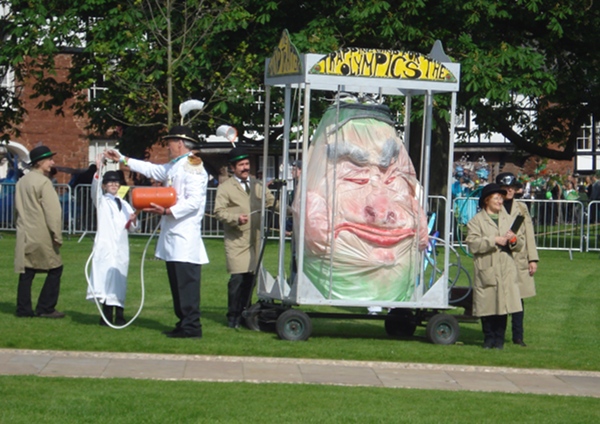 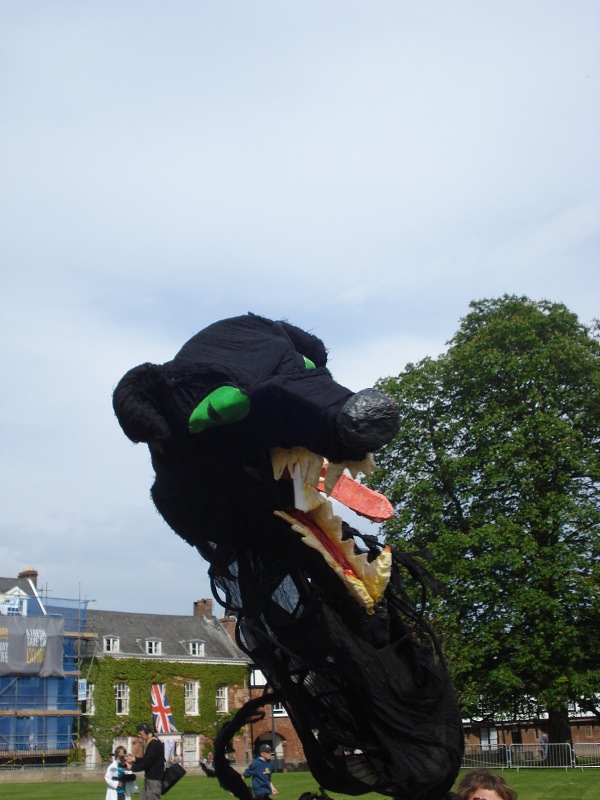 "A Black Dog?  Isn't that symbolic of depression?", well yes.... but surely the bitter blow of defeat should be represented?  "You're making this up", hush now. 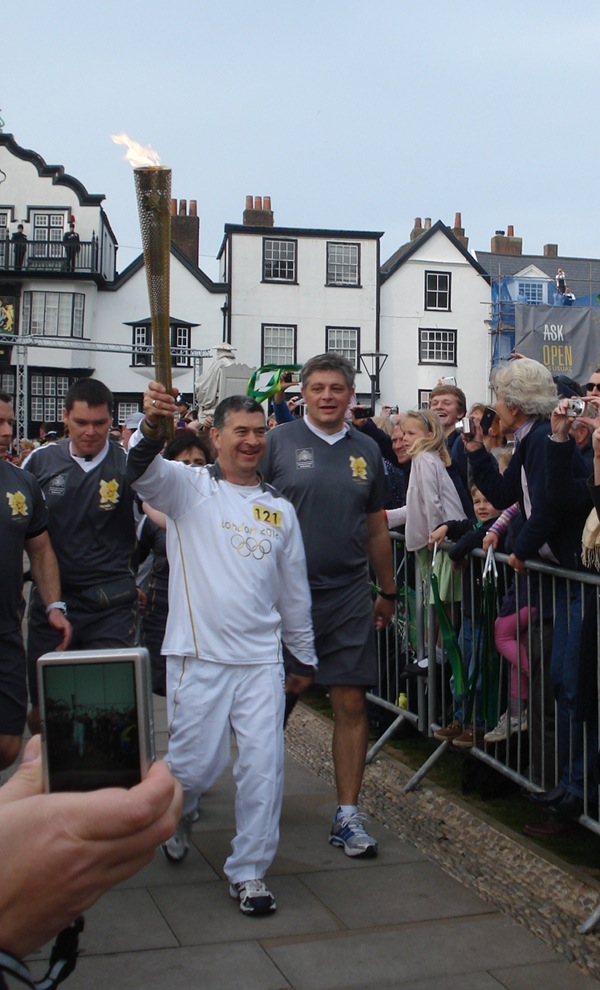 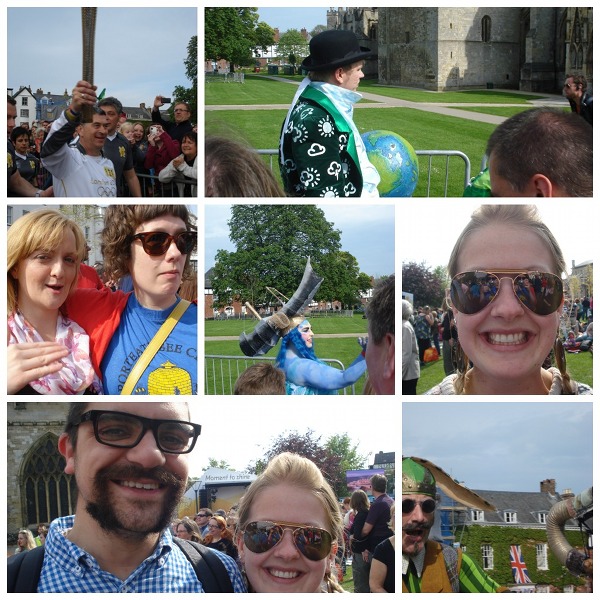 "The Olympic Torch, I was wondering when you were going to get round to this", well yes there was the torch, it was very gold and very shiny and the man carried it very well but where is the face paint, glitter, interpretive dance?