So, could the weather have been any better this weekend?  The only thing to do was get on the allotment and get busy.  Plus today is MozzyMr and my 10 year anniversary, from here on in we'll probably just celebrate our wedding anniversary but 10 years can't be overlooked! 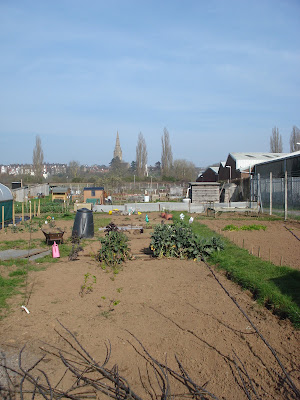 The big project this weekend was the apple tree, it needed to be cut back to encourage more fruit but also to discourage the caterpillars that have been wreaking havoc across the allotment.  This was MozzyMr's job, not because he's the man about the house but simply because almost every plant I've cut back has withered and died.  He's so precise, contemplating the tree from all angles, cutting back only the branches that created a symmetrical and perfectly formed tree. 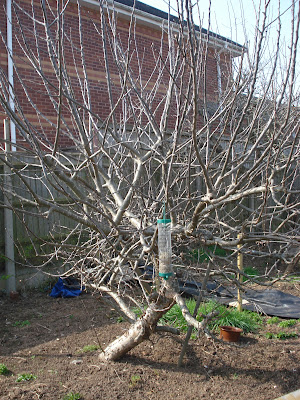 The branches will come in really useful, for growing the peas up. 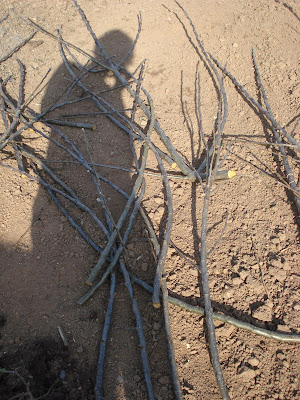 The carrots are in, both normals and rainbow mix, I was following the very precise instructions from 'Keeping an Allotment' a book my mum gave me for Christmas.  This involved digging, sieving, sieving again, planting, watering, and then covering back up under the fleece.  If this doesn't produce the best carrots I've ever eaten I'm giving up. 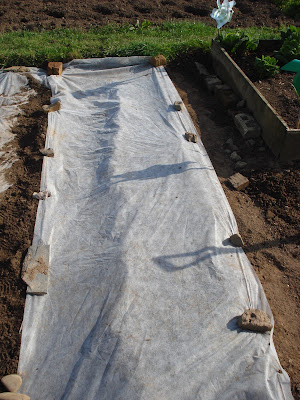 The strawberry patch is coming along nicely, my new watering can is making the constant shuffling back and forth to the water trough easier to bear. 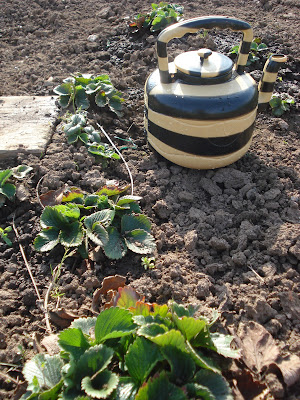 Everyone in the polytunnel has been massively productive, I think we've been a little late with getting our seeds planted especially in comparison to the plots on either side of ours.  The temperature in the polytunnel was 30 degrees, yum. 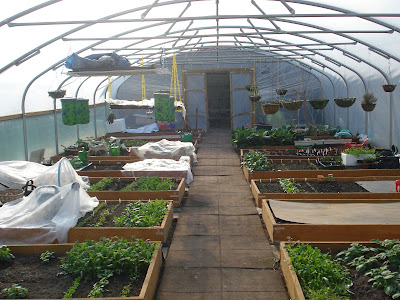 The plant I'm most excited about this year is the pea, I've planted a whole tray just in case so when we turned up and they'd started poking through I was perhaps disproportionately excited *hangs head in shame*. 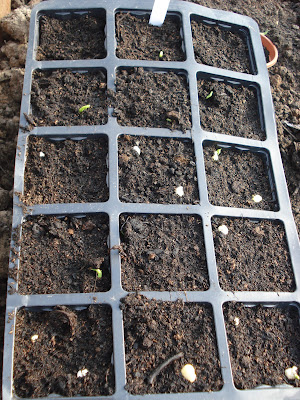 These planting bags aren't ours but they are a good demonstration of how keen some of the gardeners in our polytunnel are, I'm intrigued to see what they've planted. 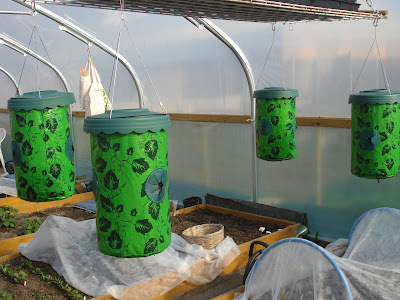 Again, these aren't ours but shows what we will be doing with our apple branches outside on the plot when the peas are ready, they look loads better than bamboo. 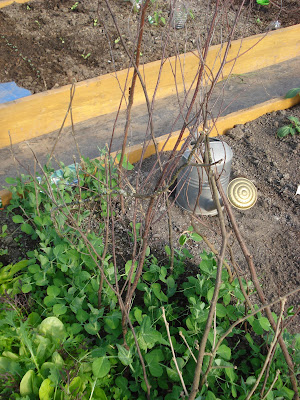 Aaaaand finally, purple sprouting broccoli, it's finally making an appearance and is abundant.  I don't know what to do with it all, any one got any receipe suggestions?  I've just been steaming it so far!
﻿ 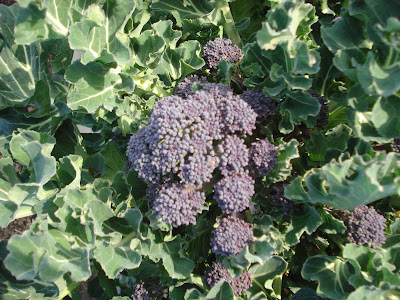 Well that's me, next weekend I'll be going to the Totnes Vintage fair where my mum will be selling, I'm really looking forward to it hopefully some photos to follow..
Posted by Anna at 17:51