Sometimes in my hurry to get home I shove my headphones on and seem to go into autopilot until my key is in the door.  On other occasions there is just so much to see, which is why I have started carrying my rubbish but lightweight and small camera with me.

This was my journey from desk to door.... 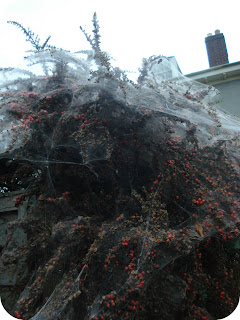 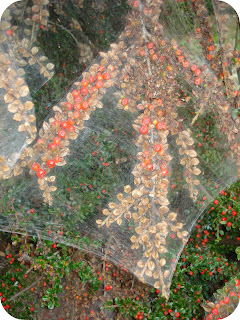 The weirdest, but most impressive spider's web I have ever seen.  It was so strange I did think someone had covered the bush in that fake web stuff you can buy during the Halloween season.  But why would anyone bother?  Also from the immaculate nature of the front garden this bush was in it's highly unlikely they would want to ruin the National Trust look they seem to be aiming for. 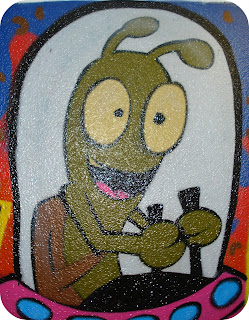 Great graffiti﻿.  This picture is part of a community project setup by the Council and put into practice by a friend of ours, local secondary school children were asked to design a robot or alien and the designs were then sprayed onto the walls of pedestrian subway.  The subway in question would always have really boring, and unfortunately sometimes racist graffiti, this project seems to have put a stop to it because so far few have tried to go over the images. 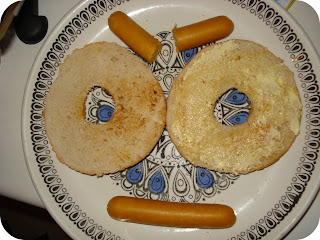 And finally... through the door, and strange food awaiting.﻿
Posted by Anna at 21:36